While many agencies have seen administrators come and go or been plagued by questionable decision-making, The Occupational Safety and Health Administration (OSHA), has largely remained out of the limelight over the last two years. OSHA’s 2019 regulatory agenda outlines 25 areas that the agency is focused on addressing in the short and long-term. Below is a synopsis of the regulatory changes that are in the proposed or final rule stage of the rulemaking process. For more information on OSHA’s current unified agenda, including pre-rule developments and long-term actions, click here.

Amendments to the Cranes and Derricks in Construction Standard

According to OSHA, these corrections and amendments to the final standard for cranes and derricks published in August 2010 are designed to eliminate confusion and improve workplace safety. This includes:

This rule change is required as part of a settlement agreement that was reached between OSHA and the Association of American Railroads (AAR), which filed a petition for review on October 7, 2010 that challenged certain exemptions affecting railroad roadway work. The settlement agreement, which was agreed to in 2014, requires OSHA to propose a rule to expand exemptions affecting railroad roadway work. OSHA is required under the settlement to provide an additional exemption from the crane standard for a particular class of track maintenance hoisting equipment, as well as partial exemptions from or alternate work practices to the cranes standard.

Update to the Hazard Communication Standard

This will be updated to existing Hazard Communication Standard regulations to incorporate the latest changes to the Global Harmonization System. According to OSHA, the rulemaking was based on the third edition of the GHS and the UN recently released its seventh edition. The proposed rulemaking will harmonize the HCS to the latest edition of the GHS and codify several enforcement policies that have been issued since the 2012 standard was published.

Beryllium is back on the agenda for 2019 after OSHA published a final ruling on the matter in January 2017 and rules went into effect in 2018. OSHA is reopening rulemaking based on stakeholder feedback and to resolve pending litigation. According to OSHA, they are planning to propose revisions to certain provisions in the general industry standard to clarify the standard in response to stakeholder questions or to simplify compliance. There are no plans to weaken protections designed to protect workers from adverse health effects of beryllium exposure.

According to OSHA, the Standards Improvement Projects (SIP) are intended to remove or revise duplicative, unnecessary, and inconsistent safety and health standards. OSHA has previously published three final standards to remove unnecessary provisions (63 FR 33450, 70 FR 1111 and 76 FR 33590) to reduce costs or paperwork burden on employers. OSHA’s latest project has identified revisions to existing standards for recordkeeping, general industry, maritime, and construction standards. One of the biggest changes OSHA has proposed is to remove the requirements that employers include an employee's social security number on exposure monitoring, medical surveillance, and other safety records in order to protect employee privacy and reduce the risk of identity theft and fraud. OSHA estimates that all of the SIP IV changes will result in net annual cost savings of $6.1M.

OSHA is proposing to add three new quantitative fit test protocols that reduce the time required to complete the fit test while maintaining acceptable test sensitivity, specificity, and predictive value. This rulemaking action evaluates the efficacy of the submitted fit test protocols and, if appropriate, will adopt them in appendix A of the standard. Under 29 CFR 1910.134, any person can submit an application for approval of a new fit test protocol, and OSHA can initiate rulemaking proceedings under the OSHA Act if the application meets key criteria.

OSHA has identified several provisions under 29 CFR 1913.10 related to internal procedures for obtaining and using personally identifiable employee medical information that need to be revised. According to OSHA, it plans to amend the regulation to improve its efficiency in implementing these internal procedures, including assigning responsibility and management of the program to OSHA’s Chief Medical Officer and removing requirements for redacting records since this is duplicative of current privacy requirements that are already strictly enforced.

Following the publication of the final crane standard in 2010, stakeholders informed OSHA that certification alone did not establish a safe enough level of experience and competence for employers to reasonably assure that crane operators are qualified to operate a crane safely on construction work sites. OSHA’s rulemaking identified criteria for employers to follow to ensure crane operators are fully qualified to operate cranes, as well as clarified issues surrounding operator certification, including the "type and capacity" requirements outlined in the 2010 rule.

According to OSHA, it is correcting inaccurate graphics, typographical errors, extraneous or omitted materials in 35 OSHA standards and regulations in 29 CFR 1904, 1910, 1915, 1917, 1918 and 1926. OSHA’s stated purpose for these changes is to reduce regulatory burdens of employers by improving comprehension of the requirements.

Tracking of Workplace Injuries and Illnesses

On July 30, 2018, OSHA proposed to amend its recordkeeping regulation to remove the requirement to electronically submit to OSHA information from the OSHA Form 300 (Log of Work-Related Injuries and Illnesses) and OSHA Form 301 (Injury and Illness Incident Report) for establishments with 250 or more employees. Under the proposed rule, these establishments would be required to electronically submit only information from the OSHA Form 300A (Summary of Work-Related Injuries and Illnesses). The changes remove provisions that were part of the Improve Tracking of Workplace Injuries and Illnesses rule that was finalized in 2016. OSHA also proposed requiring Employer Identification Number (EIN) as part of the data collection so that the Bureau of Labor Statistics (BLS) can match OSHA-collected data to BLS Survey of Occupational Injury and Illness (SOII) data. This could reduce the burden on employers who are required to report injury and illness data to OSHA (for the electronic recordkeeping requirement) and to BLS (for SOII). OSHA estimates that these changes will result in a net economic cost savings of $8.75 million per year and that the loss in annual benefits, which were not quantified, will be significantly less than the annual cost savings.

On January 9, 2017, OSHA published its final rule on Occupational Exposure to Beryllium and Beryllium Compounds in the Federal Register. On June 28, 2018, OSHA proposed to revoke the ancillary provisions that applied to the construction and shipyard sectors while retaining the new lower PEL (0.2 µg/m3) and STEL (2.0 µg/m3) for these sectors. According to OSHA, available information shows that beryllium exposure in these sectors is limited to the following operations: abrasive blasting in construction, abrasive blasting in shipyards, and welding in shipyards. There are already standards specifically applicable to these operations, including ventilation (29 CFR 1926.57) and mechanical paint removers (29 CFR 1915.34), which is why OSHA is reconsidering the need for ancillary provisions for these sectors. OSHA’s preliminarily cost-benefit analysis suggests that rescinding the ancillary provisions will result in cost savings to shipyard and construction establishments upwards of $12M and that there are limited to no benefits to the ancillary provisions such as a reduction in the number of cases of chronic beryllium disease.

What's Next from OSHA?

2019 has just begun, but OSHA is moving quickly to update and finalize these rules per their unified agenda. OSHA will also be developing plans for items that have been identified as long-term actions, so it will be important for stakeholders to stay engaged.

At Cority, our Safety Management, Industrial Hygiene, and Occupational Health solutions have been designed by industry experts like you to help you meet your regulatory compliance requirements. Contact one of our experts to learn how we can help you achieve your EHSQ and compliance goals. 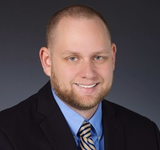 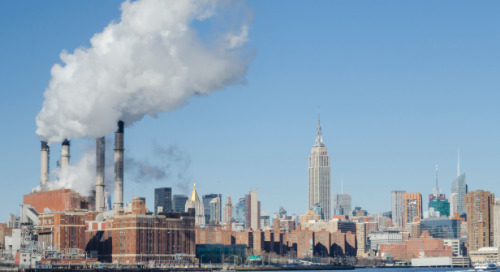 2019 Environmental Regulatory Reporting: Are You Ready?

Ready for environmental reporting season? Learn more about how you can streamline your processes this year ... 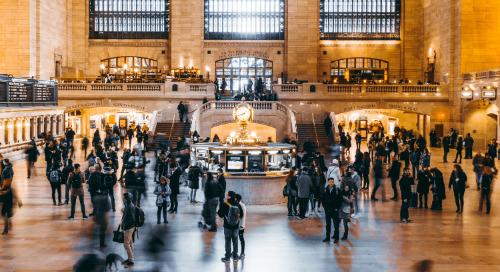 Let's NOT Do the Time Warp Again

Inspired by The Rocky Horror Picture Show, this post covers five key tips to help you take advantage of you... 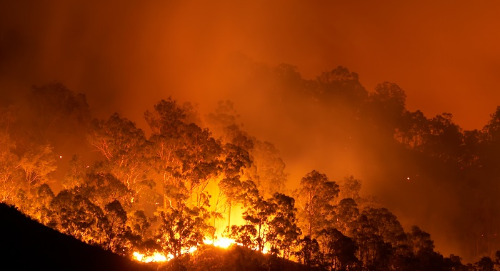 The General Manager of Cority Australia discusses the bushfire crisis from a health, safety, and occupational hygiene perspective and outlines how you can help. 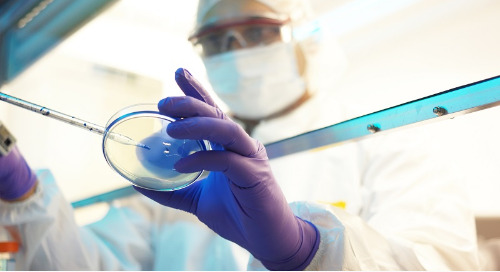 As product portfolios grow, it's critical to examine how chemical data is sourced and distributed. Learn why it's time to integrate chemical and safety data into your EHSQ management system. 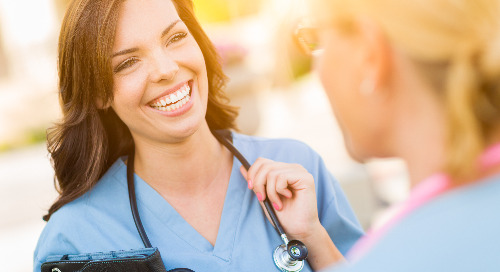 The Nursing and Midwifery Council is reviewing post-registration education requirements for SCPHN and SPQs and invites you to share your thoughts. Learn more and take the survey. 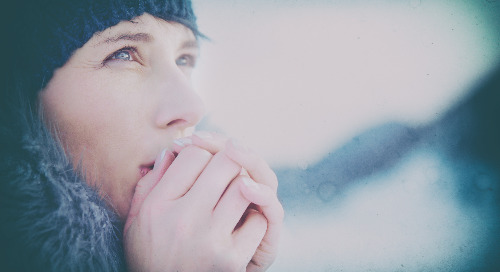 'Tis (always) the Season to Protect Your Employees

It's always important to protect your employees, especially during extreme weather conditions. Read more about the warning signs and symptoms of frostbite, hypothermia, and heatstroke. 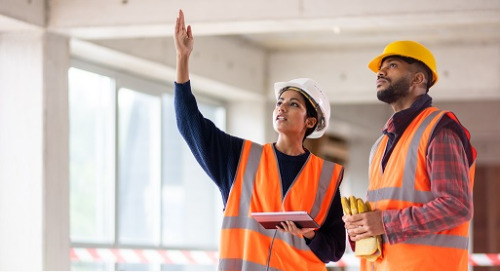 Whether you're just getting started with safety culture or looking to take yours to the next level, we’re here to help. Learn what safety culture is and how to effectively measure and improve yours. 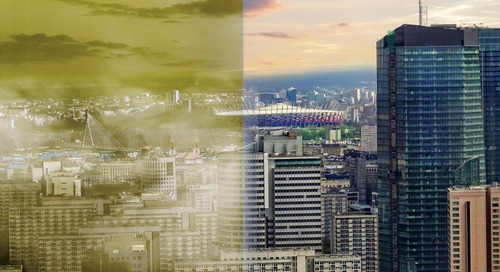 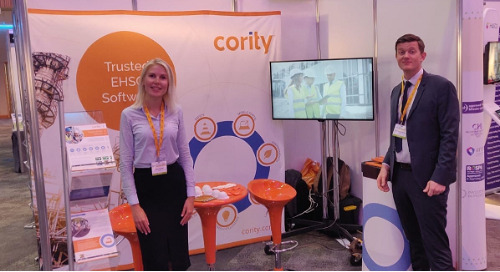 The Proof is in the Poutine: My First Quarter at Cority 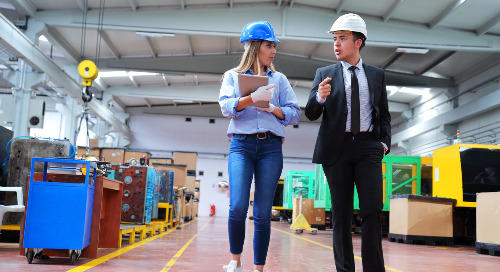 Are You Ready for the New OSHA Weighting System for Inspections?

OSHA has recently implemented a new weighting system for health and safety inspections. Read on to learn about the new system. 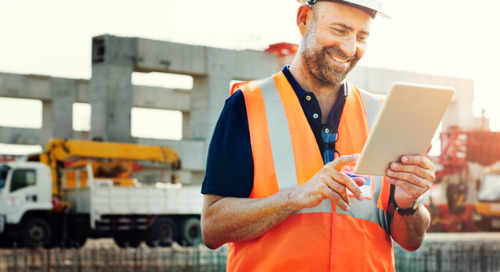 Overcoming the Most Common Objections to Behavior-Based Safety

Behavior-Based Safety remains one of the most controversial and misunderstood safety methodologies. Read on as we unpack the 4 most common BBS objections. 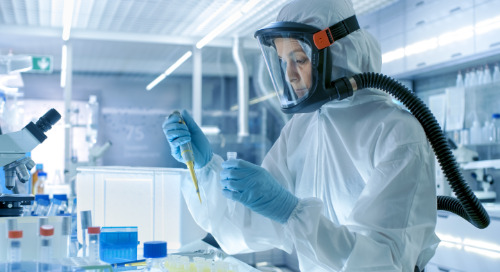 New Guidance Issued by NIOSH for Hazardous Chemicals with No OEL

This blog covers the new guidelines from the National Institute for Occupational Safety and Health (NIOSH), for determining the level of hazards for substances with no occupational exposure limit. 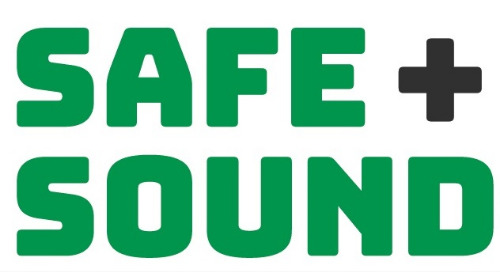 August 12-18th, 2019 is the OSHA's Safe + Sound Week, a year-round campaign to encourage every workplace to have a safety and health program. Read on to register! 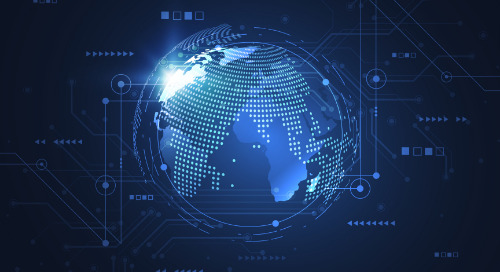 Find out what industry experts from Cority, RegScan, and Arcadis say are the hot topics trending right now for EHS on a global scale. 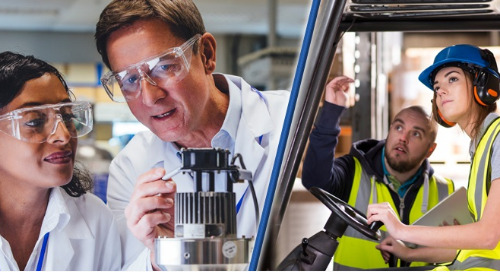 A Multifaceted Approach to Health and Safety Enforcement: The Restorative and Transformative Technique

Naomi Kemp, Deputy Chair of the Australian Institute of Health and Safety, answers your questions about moving to a restorative and transformative approach to health and safety enforcement. 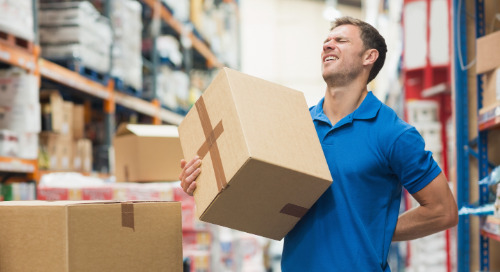 How to Assess Manual Handling Risks

Manual handling operations present a unique set of risks for companies in the manufacturing and packing sector. Read on to learn the correct steps to handling these risks effectively. 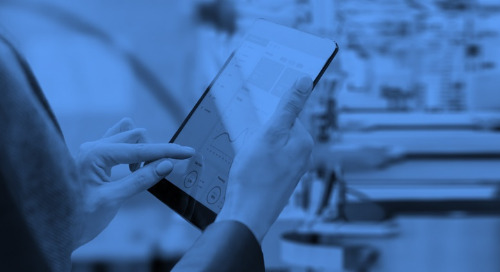 To help you automate your Quality Management processes and take your programs to the next level, we’ve outlined the five essential steps to ensure a successful digital transformation journey. 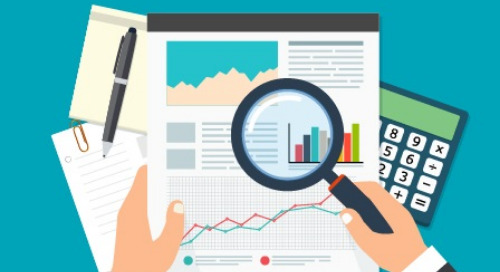 Don’t Sweat: How to Effectively Prepare for an FDA or OSHA Inspection

Does the word "audit" leave you with knots in your stomach? Let's change that. Here's our audit-proof checklist to help you and your team ace the next inspection with ease. 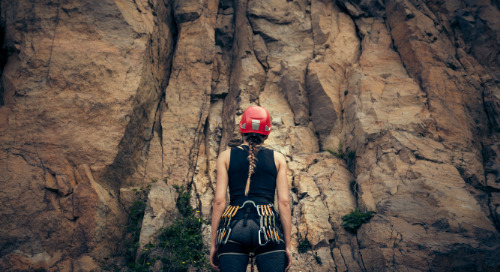 In this blog, we discuss some of the most challenging barriers EHS professionals have to climb with when trying to drive technology adoption, and of course, our tips to leap over them. 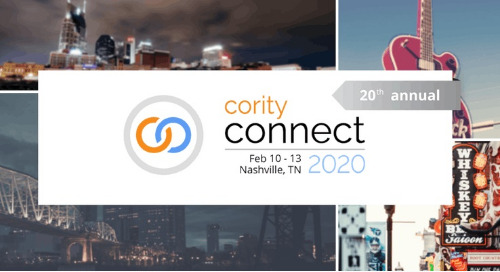 Need to secure approval from your boss to attend Cority Connect 2020? We've got you covered. 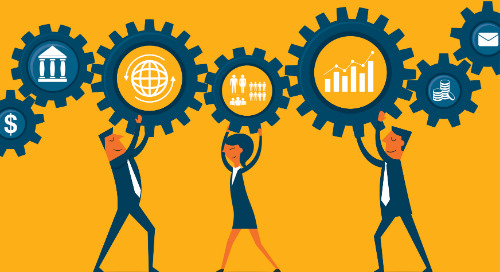 Managing global OELs can create complex issues for EHS professionals. Our experts partnered with Verisk 3E to answer some of your pressing questions on navigating this challenging landscape. 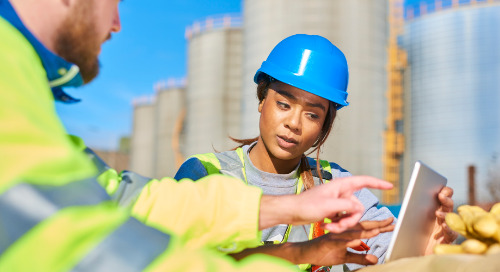 What better time to review your EHS programs than National Safety Month? In this post our safety experts outline some best practices you can implement to improve your safety culture.